British people are famous for having for being polite and having good manners, and this is especially true for people living in England.

In most situations, British manners and Japanese manners are actually very similar.  The main difference is the level of importance placed on certain things.

We will explore twelve of things starting with…

Giving up your seat

British people place a huge amount of importance on good manners, especially in respect for the elderly and the disabled.  If you are on public transport such as a train and bus without there being any seat reservations, you should consider giving up your seat to someone who is elderly, disabled, pregnant, or a young child if there is no other seat available.  It’s polite to treat every seat as a priority seat.  However, this does not apply when there are seat reservations.  In this case, always sit where you are supposed to sit even if the other seats are available.

Holding the door for the next person

You should always be ready to hold doors open for others, especially if you are male.  In most cases, people will always hold the door open for any person or group behind them.  Most British men will instinctively hold doors open for women and children, and may even rush to a door to open it if they see them about to open it.  The usual etiquette after opening the door is to say, “After you”, and then gesture towards the opening with your free hand in an open palm gesture.  As a British person, I was so used to people holding the door for others, that I was shocked when I came to Japan.  If someone else holds the door open for you always say, “thank you” and give a soft smile.

Being late is usually considered to be very rude in Great Britain just as it is in Japan.  However, British people are also known for their patience and won’t be angry as long as you let them know that you’re going be late.  The important thing is to be honest and call them or send a message the moment you realise you’re going to be late.  After you arrive, make sure to apologise once more and perhaps consider offering to buy the other person a cup of tea.  They will probably say you don’t have to, but will appreciate the kind offer.  If you are the person waiting, try not to show any frustration or anger.  Being able to forgive others is a very important part of British culture.

British people are famous for forming orderly lines, known as “queues”.  It is important to never “queue jump” and instead make sure to wait your turn.  People will not be very happy with you if you do not wait your turn and are sure to let you know with a stern but polite, “excuse me, there is a queue”.  Standing patiently in the queue is an important part of everyday life in Great Britain and most people will do it without thinking.  Don’t be afraid to ask if you don’t know if there’s a queue or where it starts.  People will be happy to help you.

British people will never slurp their food or talk while eating.  This is perhaps one of the biggest differences between British and Japanese etiquette.  Slurping is incredibly rude and will probably result in the people around you losing their appetite.  The same is true for any other bodily noises.  British people will talk up until the food arrives and then start again only after the last person in the group has finished eating.  Also, people will not start eating until all the food has been served and everyone is seated.  When visiting someone’s home, you should always wait for the person who did the cooking to join you.

In Great Britain, people usually try to stay at least one arm’s reach away from one another, especially when speaking.  Standing too close May be seen as being aggressive and can make other people feel uncomfortable.  In Japan, people will often try to cram themselves into a crowded train before the doors close, but this will almost never happen in Great Britain.  Instead, British People are more likely to not get on the train, form a line, and wait for the next one.

Saying please, thank you, and sorry

Saying “please”, “thank you”, and “sorry” are an everyday part of British life.  Research shows that these words are uttered by most British people between 60 and 120 times every day.  Most British will instinctively apologise even if it wasn’t their fault, such as if someone else walks into them.  Many visitors to the Great Britain are often surprised by just how polite British people are, but soon get used to it.  It’s a very nice part of British culture.

When greeting someone in a formal setting is important to smile and offer a warm greeting.  Usually if there is someone in the group who knows both parties, they will lead the introduction.  The usual greeting to a stranger in this setting is either “Nice to meet you” or “How do you do?” and then to offer your hand for a handshake if they are a male.  Usually males do not offer their hand to a female, but a female may offer their hand to a male.  The reason for this is that many British women are not used to shaking hands and may feel uncomfortable, instead a small bow of the head is used.  This has mostly replaced the traditional kiss on the cheek greeting used by females. The response to “Nice to meet you” or “How do you do?” is simply to repeat it.  British handshakes are a little different from American handshakes.  In a British handshake you always use your right hand but with a slightly softer grip than in an American handshake, and usually there are three or four shakes in the rhythm of “Nice to meet you” or “How do you do?”.  The most important things in a British handshake are the sincere smile and the gentle eye contact.  The handshake part can be skipped as long as the other two things are present.  With friends and family shake hands is almost never used, usually this a hug or a small kiss on the cheek.

Most British people rarely use superlatives or display their emotions in an overly expressive way, especially when winning in sport.  The first thing a British person is expected to do after winning is check that the other person is okay and to thank them for a good game before they even start to celebrate themselves.  British people also often value privacy above almost anything else and rarely talk about their own achievements, yet are often quick to praise and thank others but often in an understated way.  So, if you hear a British person say that something is “nice”, “good”, “cute”, or “delicious”, you should be very happy indeed as it actually means they think it’s absolutely amazing.  This can be confusing for people used to way many Americans express themselves, which is usually overstated.  It’s an interesting difference between the two countries.

Making eye contact is important, but British people usually try to avoid extended eye contact.  This is because it can be construed as aggressive or intimidating, and most people want to try and avoid making others feel uncomfortable.

When someone is invited to another person’s home, it is customary to bring along a gift.  This is usually chocolate, wine, or flowers as a way to say thank you.  Usually the best gift is something that the host and all the guests can enjoy together.  It is British etiquette to remove the price from the gift and not to ask how much it cost.  British people find it rude to talk about money.  Also, the host may say, “you shouldn’t have” when receiving the gift.  Don’t worry, this doesn’t mean anything bad.  It is simply a polite way of saying “thank you” in a very modest way.

When British people visit a pub or a cafe where drinks are bought at the counter.  It is customary for one person to pay for a “round”.  This means that one person will buy a drink for everyone in the group.  After these drinks have been finished or at the next opportunity on another day, another member of the group will buy the next “round”.  This will continue in rotation until everyone has paid.  Usually it is polite to only order something more expensive on your own “round”.  The “round” system also works at restaurants although it is not called a “round” in this setting.  Usually the person who made the invitation will pay for their guest’s meal on the first visit.  When this happens, do not argue and say “thank you”.  You can always invite them out to dinner at some other point and pay for them in return. 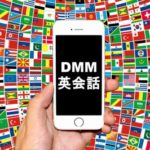 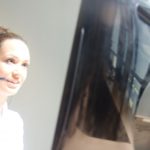 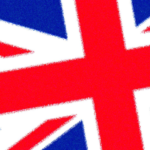 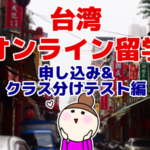