Airline review: Flying with Emirates from Japan to Tanzania via Dubai

Emirates  is a global airline, serving 154 airports in 82 countries from its hub in Dubai, United Arab Emirates. Operating the world largest fleets of Airbus A380 and Boeing 777 aircraft, its main activity is the provision of commercial air transportation services.

Emirates  is an independent entity and does not form a group as defined by International Financial Reporting Standards. However,  these entities are under common management. Therefore   in the management Review section of this document, is referred to as Emirates Group.

Travelling with Emirates feels so comfortable and enjoyable. Actually during my journey my check in began at Narita airport in Japan in which it was so smooth and there was no any disturbance encountered as well as the workers at the airport were so friendly in which they served me very well till I checked in. The  plane on time for my departure. During my stay at Narita airport in Japan I had some drinks waiting for my check in.

The plane departed on time but at the same time when we were on the check in queue we had to wait for almost ten minutes. This was there were plenty of people checking in so we had a delay of the ten minutes.

During my journey with Emirates, the flight route duration for each flight from Japan to Dubai, from Dubai to Dar. On reaching to Dubai I had to change the ticket so I had to stay for 4 days in Dubai whereby  I went to Abudhabi. When I came back I did check in. The costs that I encountered in hanging my ticket from Dubai to Dar had cost me $100.So I had to change the date and finally flew to Dar.

There was meal provided in the plane in which they were included in the ticket fee. The meal was so healthy and delicious. The menu provided was both vegetarians as well as non vegetarians. Their food that they served us was so sweet and it was basically islamic food type sine they had no pork but had meats such as fresh meat, vegetables and other food stuffs.

The cabin attendants served us with drinks during the journey. They served as with alcohol such as beer, wine, whisky (such as Jack Daniels, Scottish whisk) as well as soft drinks such as juice the pineapple juice. They serve us with no difficulties.

There was flight entertainment which was so good. They had a programme in which anybody was able to choose the movies he or she want. The movies they had were comedy, actions, love story as well as other movies. They had music such as hip-hop, reggae, rock and roll, rap s well as jazz.

At the airport in Dubai (UAE) 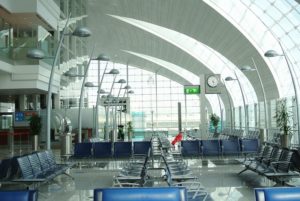 Reaching in Dubai airport In the morning, I had went in a cafeteria where I bought a drink and went to the changing desk where I changed my ticket from Dubai to Dar and left to the hotel where I reached in Dubai. Thereafter left to Abudhab an stayed for 4 days and came back to Dubai. On reaching to Dubai I bought a cup of coffee as well as tea sine I reached early before the departure time. At 10:00am from Dubai to Dar.

During my stay at Dubai airport waiting for a flight, the Dubai airport had free wi-fi whereby you and use it at any time with no any limits. There was no any registration for using the wi fi but what we were supposed to do is look at the terms and conditions understand them then finally accept them. After accepting the terms and conditions you log in an begin using the internet by the time you are there at the airport till you departure. The internet was not slow in any way but it was so fast.

Waitinf for the next flight from Dubai to Tanzania

At the airport we were received with our luggage very well. They rapped our luggage  with plastic nylon for the safety of our luggage to prevent from getting destroyed as such as breaking up of the luggage or break ups of things in the luggage.

Our luggage’s were then taken to a place where they could be measured their weight and everyone to be responsible for his or her luggage. After my flight I was a bit tired because of the long journey. All in all everything was okay since we h very good an understanding cabin attendants.

My journey with emirates to Dar made me see various things in the flight.  The services provided in the plane were of good standards such as food which took considerations for both vegetarians and non vegetarians, they offered us with all types of drinks such as alcohol and soft drinks, good entertainment. In case of any problem we faced during our journey, the cabin attendants were there to listen and solve them for us. The cabin attendants were so cool, understanding and very nice to us.

After landing to Mwalimu Julius Kambarage Nyerere International Airport in Dar, I never used free wifi from the airport sine the airport has no free wifi. So due to that, I was supposed to have my own internet connection either from my phone or personal computer (laptop).

I then had to look for means of transport to Kilimanjaro International Airport (KIA) whereby I had to book a flight. I was able to book a flight either online by the means of my phone or direct at the airport. So thereafter I did book a flight online through my phone. There  were  mainly airlines for me to book but I booked fastjet. Instantly I booked the airplane and stayed for 45minutes to 1hour waiting for my departure. I payed for the ticket using my United Kingdom (UK) atm card . It had cost me about 250000 Tanzanian shillings. In the airline they never provide food stuffs as well as drinks like in Emirates. In fastjet you buy your own food stuffs an rinks. Food stuffs and rinks re not include in the ticket. 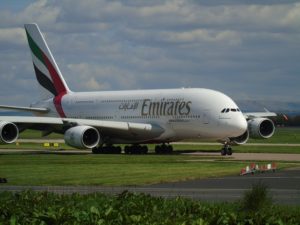 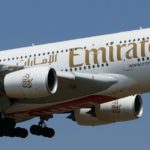 Airline review: Flying with Emirates from Japan to Tanzania via Dubai